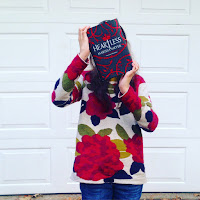 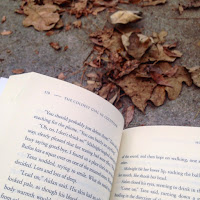 Before I even begin disussing everything I did this month, I will answer the question that everyone who is reading this is possibly thinking of: "Isn't it December, not November?" Well, um, yes, it's December and almost the beginning of January 2018; however, I am still celebrating the month of November. There is no problem with that! So, although I usually(and should) post these in the beginning of the designated month, I never felt like writing all the adventures I experienced. I really did not read that much nor did much except for college and sleeping; however, I want to cross this post off the list before it never gets posted. As this month was somewhat boring(in my opinion), I will "try" to make this post short.

Books I Read This Month

1. Ship of the Dead by Rick Riordan
4.5/5 stars
I love the Magnus Chase trilogy; however, this was not the satisfying ending that I was hoping for. There were a few things I loved and a few things I could have lived without. All of my opinions will be discussed in an upcoming review since I really want to talk about this book and what it has in store.

2. Alone by Cyn Balog
5/5 stars
This was the perfect scary book that was supposed to be read in October but ended up being read in November! I loved reading a mystery thriller type book that had me searching for answers to clues and Seda's mind. Also, I read this in the span of two hours. My mind was in overdrive!

3. The Coldest Girl in Coldtown by Holly Black
4/5 stars
I have never read a Holly Black book until last month when I had gotten a special surprise in the mail, which happened to be the October NOVLbox. I really enjoyed reading this story; however, I found the story to fall flat sometimes and the characters to be cold and detached.

4. My New Crush Gave to Me by Shani Petroff
2/5 stars
Um, this cutesy Christmas Hallmark-like story was not the best. Most of the time I stay away from contemporary genre because it can get so overrated. I found this one to be overly cheesy and the main character to not be my favorite. I am hoping to review this soon as I got this from Netgalley a long time ago and need to spread my hate and love for it all over the internet.

5. Rush Revere and the Star-Spangled Banner by Rush Limbaugh
3/5 stars
Rush Limbaugh, a radio show host, is also the middle-grade author of the Rush Limbaugh series. I loved the first three when I was in the sixth grade; however, now, I have found myself not enjoying the later two additions as much as the first three. Don't get me wrong as I enjoy reading this series, but it feels very young and some of the characters can be very juvenile at times. There are other parts of the story I enjoyed and disliked; however, that will be saved for the review.

6. Rush Revere and the Presidency by Rush Limbaugh
3.5/5 stars
This one is definitely better than the Star-Spangled Banner as the gang of the children do not spill out information of the 21st century to a bunch of 17th century Americans. Other than that and a couple other things, I found the story to be fun to read and full of interesting facts.

1. The Librarian of Auschwitz by Antonio Iturbe
I have always been interested in the Holocaust, and this is obviously a story taking place in one of the many concentration camps that Hitler had for keeping all the Jews in one place. Also, even though I am very interested in the happenings of World War II and the Holocaust, I really would like to know what kinds of books the librarian Dita has.

2. Altered by Jennifer Rush
Why does there have to be a half-naked man on the cover? Just why?! Also, I love this book; it is so good!😂

3. Fire on the Track: Betty Robinson and the Triumph of the Early Olympic Women by Roseanne Montillo
This a non-fiction book that I decided to read myself. I basically assigned myself a textbook to write a report on as I had gotten it through Blogging For Books. However, I still really enjoy it as I love to run even though I do not move from my spot on my couch 24/7.

Other than the usual of going to school five days a week for the last few months, Thanksgiving occurred. I ate turkey, stuffing, potatoes, and so many more types of food that I could write a whole book about it. Why not? I may even get on the #1 New York Times Seller List due to the massive amount of food descriptions, although I have no interest in writing a book of the different aromas of different foods. Anyway, getting out of that tangent, I also got out of school for a couple of days. Instead of studying, I slept a little more and read a little lot.

Also, I got a new cat named Astro, and he will have his little introduction soon enough so please stop knocking on my door and wondering if I want to build a snow man too.⛄ Astro is cute, cuddly, and astronomical(pun-intended)!

Posts I Wrote This Month

Other than excitedly talking about food and cats, I was able to make a lot of room for books.Your welcome! Even though I would like to write a much longer and a much more boring post, I will keep to my promise to keep it as short as possible. Thanks so much for reading, and I hope to see you next month!

How are you doing in the month of December? What are you currently reading? Are you excited for this holiday season? Chat with me in the comments section below or on any of my social medias.