Speth Jime is anxious to deliver her Last Day speech and celebrate her transition into adulthood. The moment she turns fifteen, Speth must pay for every word she speaks, for every nod, for every scream and even every gesture of affection. She’s been raised to know the consequences of falling into debt, and can’t begin to imagine the pain of having her eyes shocked for speaking words that she’s unable to afford.
But when Speth’s friend Beecher commits suicide rather than work off his family’s crippling debt, she can’t express her shock and dismay without breaking her Last Day contract and sending her family into Collection. Rather than read her speech—rather than say anything at all—she closes her mouth and vows never to speak again, sparking a movement that threatens to destroy her, her family and the entire city around them.

"I was an agitator. I was a fool. I was brilliantly devious. I was a mental deficient. I was an unpatriotic threat to the nation. I was a pathetic symptom of a generation with no soul."

On September 17, 1787, the Constitution of the United States was created and became the official set of guidelines for the people of the United States of America. The first amendment is truly powerful, and if it were to be changed by just a smidgen, a lot of changes would occur. For those of you who may not know it or may have just forgotten the first amendment of the U.S. Constitution written word for word, I have added it here:


"Congress shall make no law respecting an establishment of religion, or prohibiting the free exercise thereof; or abridging the freedom of speech, or of the press; or the right of the people peaceably to assemble, and to petition the Government for a redress of grievances."

In All Rights Reserved, this right of all citizens of dystopian United States is taken away. Words and actions are charged due to copyright unless you are 14 or younger. Speth Jime is turning 15, and she is not excited. But, would you if were going to be tracked for each and everything you do? On the day of her 15th birthday, instead of being happy and getting the biggest slice of cake offered, she sees her friend commit suicide and decides that she will no longer allow her government control to her actions. She becomes silent. She won't promote anything and become a Facer. She won't ever communicate freely as she once did. But, she will be making her mark on the world.

First, there are so many good things about this book! I related to Speth so much while reading this. As I was reading this book, I was turning 15. After turning 15, I felt no different than when I was 14. There was no rebellion I had to stand up and fight. I only had to sit and fight my mother for one more slice of cake, which, by the way, was delicious. And, I am glad that I didn't have to find for anything other than cake. Moreover, Speth used to live an ordinary life. She followed the rules. Then, she turned into a rebel. She definitely is a Gryffindor as she is very impulsive and gets in trouble in the easiest of ways. Also, this book just keeps you in suspense of what will happen next. Katsoulis's writing style is so easy to read and descriptive of everything in this world.

Next, this book is important to me because I take the words I say and the actions I do for granted. I am allowed to say whatever I want, and I am allowed to do whatever I want. I don't get punished unless if I were to commit a dangerous crime. All the words we say and all that we do today is taken for granted until it's taken away. Well, at least some of us do. While reading this book, I was listening to Elvis Presley's music, and I imagined what it would be like if the words were taken away. Only a cool tune would be left. Elvis would no longer be able to talk about the importance of his blue suede shoes or why someone is nothing but a hound dog. I never thought what my country would be like if I did not have the freedom I have today. So, thank you to those of you who fight for the US and the freedom I have!

Although I found this book to have some importance and to be all around amazingly spectacular, I found two big complications. One of them is due to Harlequin being this book's publisher. Harlequin is known for their romance, and there was an added "romance" in this book. In order for Speth to complete a mission, she tries to trick her partner in crime Henri's feelings for her. Henri is so sweet to everyone and is obviously naïve; so, when Speth starts flirting with him, she gets a piece of an equipment that shuts down the government's knowledge that she is communicating with anyone. This just hurts me in every way possible since she becomes accepted as a friend to Henri and his friends. Also, Speth's sister, Saretha, is so annoying and starts wasting money left and right once Speth goes silent. If there is one thing that annoys me in books, that one thing is annoying siblings. I cannot stand them although I may be one.

In conclusion, dystopians may be coming back. As long as Katsoulis keeps using his brain and not some special potion to come up with bestsellers, I think he will be fine. Plus, I am really sorry that I slacked at writing for this post. I am tired, and I have a Benjzilla climbing on me. 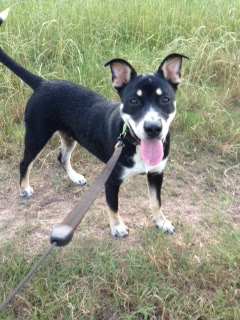 When was the last time you read a dystopian? How different do you think your life would be like if everything you did or said was copyrighted? What were you like when you turned fifteen? Or what do you think it's like being fifteen? What would you start a rebellion for? Are you an annoying sibling? How sad would you be if all books were restricted? Chat with me in the comments below or on any of my social medias.